The first issue of Feed the Beast is finally vanished from the digital world and was delivered by the printing house.
On 32 black/white pages you will get six English-written interviews with:

Jupiterian – An introduction into the world of the debut-album Terraforming

Pentacle – A ten-pages-long conversation about the artwork of the Invocations of the Death-Ridden-Split.

Taphos – Even before the debut album was released, this short chat was written in dirt.

Only interviews // No articels // No live-reports // No reviews 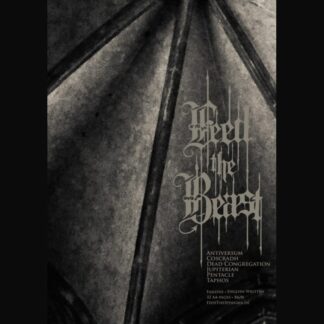