Crucifixion Bell’s debut LP, “Eternal Grip of the Nocturnal Empire”, originally released on LP and cassette format in the US by Banner of Blood and Crown and Throne Ltd. “Eternal Grip of the Nocturnal Empire” is a deliverance of seven blasphemies that each serve under the influence of old and new sounds of Raw Black Metal. Presented in the form of chaotic walls of guitars and punished cries that are bound to structures that resurrect the styles of Second Wave Black Metal and outside forces of punk, but summoning these influences into unique compositions that are devastating to all that it may consume. 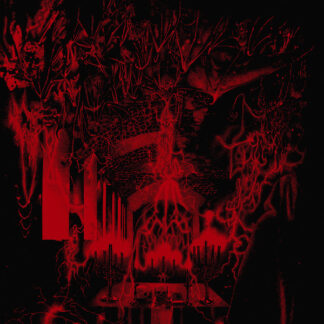